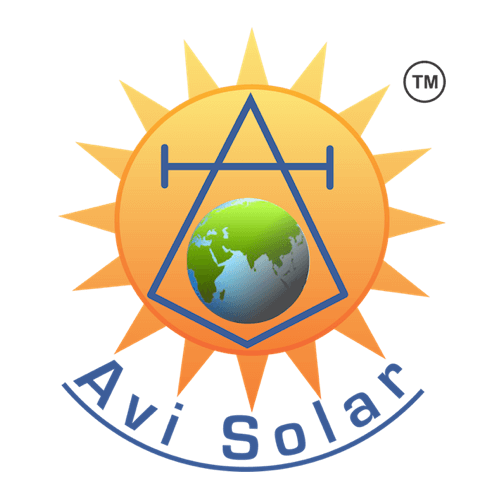 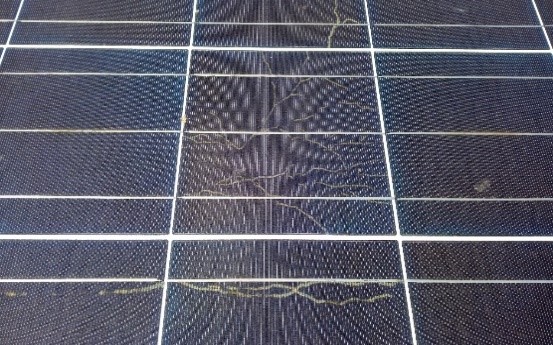 Since 2012 a phenomenon has been observed across many Solar plants, of small dark brownish lines or partial discoloration being caused on PV modules. These were termed “snail trails” and research started on its occurrence and the impact it can have on power generation.

What are snail Trails: Snail trails are discoloration of the panel, which usually builds up over couple of years of power production on the field. Moisture can enter through the back sheet and diffuse to the cell surface. Here the silver from the grid contact fingers may get dissolved and the silver ion migration to the EVA (Ethyl Vinyl Acetate) foil encapsulation can set in the snail trail formation – mainly Silver nano-particles showing a typical brownish color.

It has been ascertained that this discoloration happens due to the formation of silver acetate, that is synthesized by silver carbonate (Ag2CO3) originating from the reaction of Ag ions and carbon dioxide and acetic acid that originates from the degradation of the EVA encapsulation. The effect of this reaction is that it can reach the front of the panel from the back and causes a chemical breakdown on the front of the panel of the grid fingers. This becomes visible as snail trails and was possibly thought to bring in a reduction in the panel’s performance as it can cut irradiance if these trails run across the cell. Though it is not true it is surely an indicator for cracks within the cells. The snail trails are almost always located at cell edges or along micro cracks that can run across the cells in the panel and these are ones that can possibly lower power production. So, it is more of chance that the cracks are deep enough that may result in more stresses building up and thereby a deterioration in performance by creating potential hot spots.

In view of the perception that snail trail affected modules can have adverse impact on generation, Developers are a worried lot that the solar plant should not affect their Return on Investment (RoI) and reduce the life of the modules.

To assess performance differences between snail trail affected and unaffected modules the string currents were measured during peak generation time. Data is shown for two sample sets. No conclusion could be drawn about under performance of snail trail affected modules.  Observation was that the values of current and voltage continued to be in the same range for both sets of modules.

The technical team recommended that one of the best methods to assess the impact of Snail trail affected modules is to carry out Electro-Luminescence (EL) tests to gauge the structure and depth of the micro-cracks within the module from the EL images alongside I-V characteristics of the modules. Some samples were taken for EL tests/I-V tests. The Fill Factor (FF) of one of the modules recorded a drop of 6% against data sheet specifications. Considering the age of the plant to be 4 years, a 6% drop in FF in one of the modules translates to an annual average deterioration of 1.5%, slightly above usual thresholds of degradation. This could possibly relate to the micro-cracks in the snail trail module affecting performance. The values of the Series resistance of the cell showed up higher for such affected cells than other unaffected modules.

A clear picture will emerge after performing EL tests and I-V characteristics tests. The intensity of the cracks, if any, can easily be seen and the Fill Factor data from the I-V tests will be an indicator of any performance dip or quality problems in the module. If the results match the manufacturer specifications or indicate minor problems, then it can be concluded that the performance aspects are intact, otherwise these affected modules are the ones to observe for deterioration in future.

Another way to understand the effects of snail trail affected modules is to analyze the monthly plant generation recorded during the previous year and compare it during the same month in the present year. If the generation difference is <0.8-1% a year later under non-break down conditions and normalized to insolation levels, it is well within limits of degradation – very usual of plants ageing and the performance ratios dipping year on year. Otherwise, it can be gathered that the module degradation has set in for the affected modules.

Let us help you!

Thank you! Our sales team will respond to you soon.
Oops! Something went wrong while submitting the form